Buy Polysulfone or polyethersulfone membrane filters from Tisch Scientific. Stock ships in one business day. Read more about this family of thermoplastic polymer membranes. These polymers are known for their toughness and stability at high temperatures. They contain the subunit aryl-SO2-aryl, the defining feature of which is the sulfone group. Polysulfones were introduced in 1965 by Union Carbide. Due to the high cost of raw materials and processing, polysulfones are used in specialty applications and often are a superior replacement for polycarbonates.

These polymers are rigid, high-strength, and transparent, retaining these properties between ‚àí100 ¬∞C and 150 ¬∞C. It has very high dimensional stability; the size change when exposed to boiling water or 150 ¬∞C air or steam generally falls below 0.1%. Its glass transition temperature is 185 ¬∞C.

Polysulfone is highly resistant to mineral acids, alkali, and electrolytes, in pH ranging from 2 to 13. It is resistant to oxidizing agents, therefore it can be cleaned by bleaches. It is also resistant to surfactants and hydrocarbon oils. It is not resistant to low-polar organic solvents (eg. ketones and chlorinated hydrocarbons), and aromatic hydrocarbons. Mechanically, polysulfone has high compaction resistance, recommending its use under high pressures. It is also stable in aqueous acids and bases and many non-polar solvents; however it is soluble in dichloromethane and methylpyrrolidone. 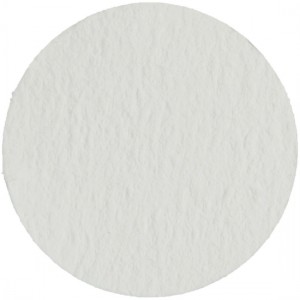 Polyethersulfone (PES) is a similar polymer with low protein retention.

Polysulfone has the highest service temperature of all melt-processable thermoplastics. Its resistance to high temperatures gives it a role of a flame retardant, without compromising its strength that usually results from addition of flame retardants. Its high hydrolysis stability allows its use in medical applications requiring autoclave and steam sterilization. However, it has low resistance to some solvents and undergoes weathering; this weathering instability can be offset by adding other materials into the polymer.

Polysulfone allows easy manufacturing of membranes, with reproducible properties and controllable size of pores down to 0.04 microns. Such membranes can be used in applications like hemodialysis, waste water recovery, food and beverage processing, and gas separation. These polymers are also used in the automotive and electronic industries. Filter cartridges made from polysulfone membranes offer extremely high flow rates at very low differential pressures when compared with Nylon or¬†polypropylene media. Additionally filter cartridges made from polysulfone can be sterilized with in line steam or in the autoclave without loss of integrity up to 50 times.

Polysulfone can be reinforced with glass fibers. The resulting composite material has twice the tensile strength and three time increase of its modulus.

Polysulfone is used as a dielectric in capacitors.

Polysulfone is also used as a copolymer.

Polysulfone is used as a filtration media.

Was this article helpful?